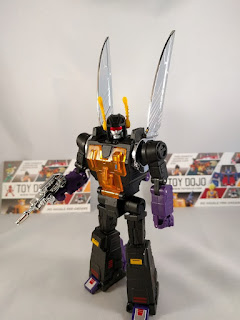 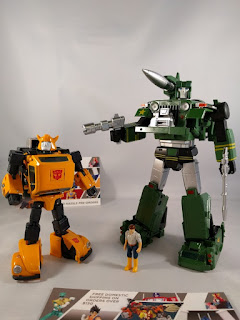 “I seem to get bugs on the windshield almost every time I drive my Jeep.” Anonymous

Fans Toys must know its spring because they have been preparing to release tons of spring-fresh new characters out into the wild. With their FT-07 Stomp (aka MP Sludge) on the cusp of release, and these two ready for prime time not too far after, the 3rd party MP ranks on our shelves are going to be getting a bit more crowded.

Here at Toy Dojo we were privileged to get an early look at two of their more anticipated pending releases, the decidedly evil looking FT-14 Forager (their take on a certain kicking insectoid robot) and FT-15 Willis (their take the hologram slinging, robot cat wrangling, and human character befriending military robot). We’re going to change things up a bit in this article and focus a bit more on interesting factoids and tips for the figures since this is really more of a preview.

First up, let’s talk Forager. He gets the benefit of being the last in a trio of insects so in theory he should be the best of the bunch right? Mostly yes, some no. He definitely feels more refined in his silhouette than say Grenadier and Mercenary. There is no denying the lineage or the fact that they go together, but Forager definitely looks the best out of the three as far as robot mode goes in my opinion. His articulation is on par with the other 2 insect figures and he definitely has it where it counts in the weight department, managing to feel actually the heaviest of the three thanks to well-placed die cast. 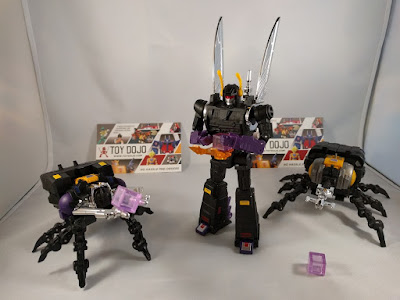 His weapon integrates well into insect mode and he holds it perfectly even on the pre-production sample. Including 3 small energon cubes continues as a trend with this release even though I find the shade of purple a little off (but this is nothing new as all the figures energon cubes have been this same shade). Also he includes a surprising but welcome additional accessory in a die case replacement head antenna for Grenadier. Though I never had an issue, the plastic nature of the piece was problematic for some people and caused breakage. With this replacement part, the danger of a snap is removed. It was a neat gesture and will no doubt be appreciated by anyone bothered by the issue. 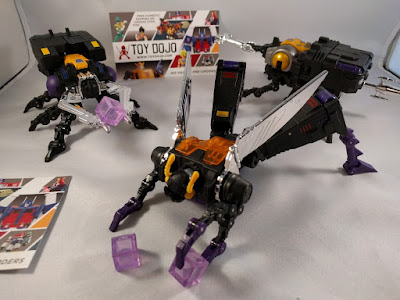 Where I think Forager falls down a bit is in the transformation department. The legs are well thought out and the insect legs fold up much more compact than previous FT bugs. Where things get a bit buggy is in the way the robot arms and insect arms have to change place during the transformation. The design for the chrome wings includes an opening flap that is very frustrating to work around and does make me a bit nervous. As this is a pre-production sample, its possible things will improve before release, but for now getting those arms switched out is definitely stressful and there isn’t really a great way I have figured out to make it easier. An important tip, although not immediately apparent the robot head actual clam shells in half to make getting the insect face cover MUCH easier to get out. If you don’t read instructions this is an easy step to miss! Overall I think the figure meets the standard of its pedigree and will be a welcome addition to your other 2 insectoid buddies. 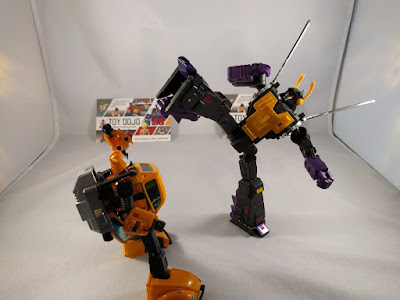 Finally let’s talk about Willis. “What you talkin bout Willis” you might say? No? Ok, bad joke averted. Unless you are new to the 3rd party scene, you are no stranger to multiple versions of a character being available from various designers. This isn’t the only 3rd party version of “Hound” available to you with the likes of TFC and Maketoys both having already taken a stab at the character – Gun Dog having been the stand out of the two. Personally speaking, though I love Gun Dog, you can’t argue he takes a lot more cues from the toy than the cartoon model of the character. Many people prefer that look, I just don’t happen to be one of them (though I can’t deny it’s charm and impressive engineering). Willis was always going to be my “Hound” unless something horrible swayed me away. Having previewed him in hand, I can tell you I am not swayed from my original opinion. If the cartoon is your shelf bible, this is the one for you! 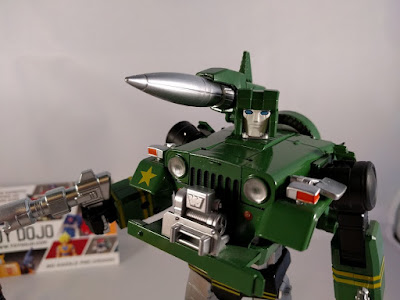 Willis NAILS the visual cue of the character in hand. Both the Jeep-inspired alt mode and the robot mode manage to make you feel like the character jumped out of the screen. His articulation is not as robust as some of the other characters in the line which admittedly was a little disappointing but this also wasn’t the most acrobatic character in the series. A double jointed elbow would have added some additional character and the lack of a skirt cut makes forward movement a bit restricted in the legs. His coloring and face sculpt is great. We actually get a couple faces and (shades of color on said faces) to pick from which is welcome – and they are both good! Also, rubber tires are always a welcome addition. 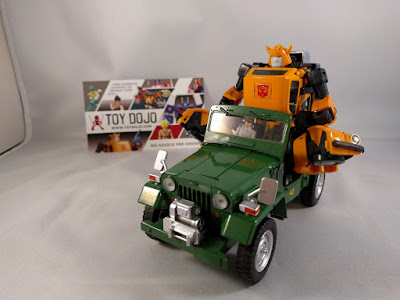 Accessories are well thought out and for the most part well implemented. The spare tire cover and gas can are both present and removable but both can’t fit in robot mode without some creative placement. He includes no less than 3 guns which is AWESOME and retroactively a great nod to his Michael Bay iteration’s penchant for weaponry. The machine gun placement which works only in his vehicle mode includes a great moving piston and is sized perfectly for human scale figures to use. Both versions of his rifle are included (the shorter cartoon snub nose and the toy version) and the toy rifle even includes an adapter so it can be used in vehicle mode. Also included is a clear plastic scuba mask which is good but in practice doesn’t stay attached to the head very well (just friction). 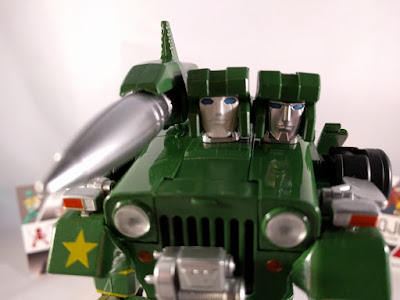 Willis is quite a bit more elaborate in the transformation department than his visuals would immediately imply. Everything is fairly intuitive and every bit has its place but that’s not to say it isn’t without challenges. The first couple of times you can’t get the arms and tires to fold in or unfold like they should because you don’t have the torso bar bent right you will think you are doing something wrong. Also for that step in general, the clearance is very tight and orientation is important. Watching a video review definitely helps visualize this if you don’t have instructions. Also getting the rear feet/legs folded without gaps can take some finesse. 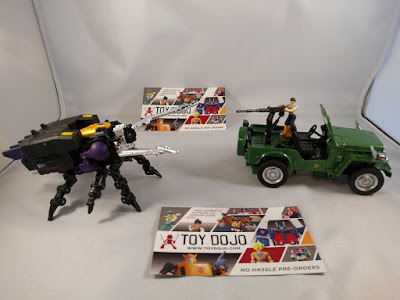 Overall these figures were fun with each having their own little quirks and intricacies that make them equal parts challenging and interesting. I look forward to seeing the final release versions and seeing how they stack up to the competition. If you are on the hunt for your very own FT-14 Forager you can place a pre-order here while FT-15 Willis can be found here. As always thanks for checking out this article and always check for the latest news on our Facebook page and website. Until next time!
Posted by portudork at 12:27 PM 3 comments: